Lots of Singles are asking me about on-line dating sites. Read on....
Find a dating app that matches your needs
By The Washington Post  Published: Friday, Jan. 3, 2014, 8:57 p.m.

Details: A guide to the ratings
Goal: What kind of relationship are you seeking? From casual to committed, rated 1-5
Preparation: How much work are you willing to do when you join? From very little to lengthy questionnaires, rated 1-5
Face-to-face: How soon do you want to meet? From immediately or after much back-and-forth, rated 1-5
Matches: How many matches do you want per day? From one or unlimited, rated 1-5 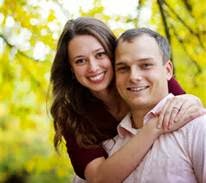 “Are you seeing anyone?”
Perhaps you heard that inquiry from a well-meaning aunt, cousin or yenta-of-some-relation over a recent holiday meal.
If the answer was “No, but I'm looking,” your phone is a good place to search.
Before a dating app can help you find the right match, though, you have to find the right match in a dating app. And there's a growing number of options to sort out.
To streamline your quest, we looked at six popular apps and considered whether its users are typically looking for a serious commitment, the time required to set up a profile, how long the “courtship” period lasts before users meet and the number of daily matches that are delivered.
OkCupid
OkCupid is one of the largest free online dating sites, boasting more than 4 million active users. Created by a group of Harvard mathematicians and launched in 2004, OkCupid matches daters using a special algorithm generated by user activity and answers to questions.
In 2009, the site launched OkTrends, a data-driven blog that explores online dating trends based on what was learned from millions of OkCupid user interactions (example: “How your race affects the messages you get”). It has received more than 1 million views. OkCupid was acquired for $50 million in 2011 by IAC, which operates the dating site Match.com.
Rating: Goal 4, Preparation 3, Face-to-face 3, Matches 5

Grouper
It took moving to New York as a postgrad for Michael Waxman to realize how easy he had it in college when it came to finding dates and making friends. In 2011, he founded the group-date app Grouper. Users sign up through Facebook and pick a trio of friends; Grouper plans a meeting with a set of three other friends at a local bar.
Each date costs $20 per person and includes one round of drinks at the establishment, which is selected by Grouper. Fun is the main priority, Waxman stresses. So daters looking for a party atmosphere will be pleased. Those looking for a quieter, one-on-one interaction might feel overwhelmed. The average age of Groupers is 26, and nearly all have a bachelor's degree.
Rating: Goal 2, Preparation 1, Face-to-face 1, Matches 1

Tinder
Tinder, launched in 2012, is a free app that searches for singles based on the user's location. Tinder is linked to Facebook, so users can easily upload head shots from their account and are able to see shared friends and interests. The premise is pretty superficial: Users make snap judgments based on photos, swiping right to approve a potential match and left to bypass one.
Notifications about matches aren't sent unless both users approve of each other, so it's good for those with a fear of rejection. The site has, on average, 5 million new matches and 400 million profile ratings per day. The biggest audience is 18- to 24-year-olds, co-founder Justin Mateen said. It's easy to download, and there's no extensive profile required, which has made it popular among college students — and, perhaps, those less interested in devoting time to dating.
Rating: Goal 3, Preparation 1, Face-to-face 3, Matches 5

Coffee Meets Bagel
Coffee Meets Bagel's founders — sisters Arum and Dawoon Kang, both 30, and Soo Kang, 33 — thought the online dating market lacked something: products that really understand the way women want to date. Women “hate wasting money or time on dating products,” Dawoon said, “and ... we look for not necessarily marriage but meaningful connections.”
The app's setup is simple: It uses Facebook networks to match potential dates (friends-of-friends matches are 37 percent more likely to result in mutual interest than nonfriends-of-friends matches). Users fill out a pretty bare-bones profile, with some multiple-choice questions about religion, ethnicity and age range, plus a few prompts, such as “I appreciate when a date is ... ” completed in 150 characters or fewer.
Then, every day at noon, users get a “bagel,” or match. Coffee Meets Bagel also sets up a private line to allow text messaging without revealing personal phone numbers. Matches expire after 24 hours, so thumb-twiddlers need not apply. The site launched last year with 200 of the Kangs' friends and grew through word of mouth. It now has 150,000 users nationwide. That user base skews smart, young and professional.
Rating: Goal 4, Preparation 2, Face-to-face 2, Matches 1

Hinge
Hinge aims to connect Facebook users to a pool of their friends' friends. The app — available in New York, Boston, Philadelphia and Washington — creates a profile by pulling names, recent photos and “likes” from Facebook, to which users — mostly in their late 20s and early 30s — can append self-selected “personality tags.” Each day at noon, users receive a set of five to seven potential matches (who each share a Facebook friend with the user), along with a prompt to give a “heart” or an “X” to each match. Mutual hearts result in an introduction e-mail from Hinge, complete with a location suggestion for a first date.
Rating: Goal 3, Preparation 2, Face-to-face 3, Matches 2