Want to improve your relationship? Communication between men and women is a prime factor. Read on........

The following are some keys to successfully communicating with males of all ages. A woman, with her communication skills, can be a big help to the males in her life by helping and guiding them to learn to communicate better instead of being agitated by his lack of skills in this area. Men communicate differently than women. If you try to talk with your man like you do your girlfriend’s you will both probably be disappointed and frustrated. However, if you remember these ten tips you will be cherished and appreciated by the males in your life.

Key #1
GIVE HIM SPACE–One strategy that works well with men is to tell them something you want their feedback on and then ask them to think about it for a day before answering. It takes men longer than women to process information—especially emotions.
Key #2
SIMPLIFY–Learn to simplify the conversation. If you talk to your man like you do your girlfriends he will just stop listening. A male’s mind is wired to seek out and solve problems.  Men have about a 30 second attention span. If you don’t get to the point by then their mind will start looking for other problems to solve.  I tell moms to talk to their sons using “sound bite sized” sentences.  For longer conversations see Key #7.
Key #3
ONE TOPIC AT A TIME PLEASE–Stick to one topic at a time and let a man know when you’re changing topics. Letting a man know when you are changing topics allows him to shut off that problem solving mode and be open to the new topic.  The greatest gift my wife gave me and our son was to let us know when she was changing topics during a discussion. Now she says, “New topic!” whenever she changes subjects.  It is a huge relief.
Key #4
BE CONSISTENT–Consistency is very important when communicating with men. Men generally cannot process more than one thing at a time.  Men cannot read minds and they do poorly at reading between the lines.  If you hint around hoping he’ll “get” it, you’re in for disappointment.  Asking if he “Notices anything different about me,” after getting your hair done is like asking a baboon what day of the week it is.  Better to say, “How do you like my new hairstyle?”  We know how to answer that.
Key #5
LEARN HIS LANGUAGE–Men are much more literal in their conversations than women. When he asks you what is wrong and you say, “Nothing” he will likely take you at your word.  Also, the word “Fine” used in a conversation generally has a different meaning to a man than a woman.
Key #6
GIVE HIM A PROBLEM TO SOLVE–Men love to problem-solve. Rather than nagging him about an issue that’s troubling you, say something like, “Honey, I have a problem that I’d really like to get your help with.”  Then let him do it his way.  Just because a man does something differently than a woman would does not make it wrong.
Key #7
GET PHYSICAL–Since men are action-oriented, go for a walk or hiking, play a round of golf, or even drive on a deserted highway together (so he’s not distracted by traffic) when you want to talk with your man.  Physical activity allows his brain to process information and emotions easier.
Key #8
TIMING IS EVERYTHING–If you bombard him with complaints the minute he walks in the door from work, he’s not likely to be willing to listen. Oftentimes, giving him a half-hour to change clothes and decompress will do the trick.  Then see Key #6.
Key #9
FIGHT FAIR–Men and women argue differently. You cannot take to heart much of what a man verbalizes when he is upset. He doesn’t think about what comes out of his mouth, especially in the heat of the moment. Unfortunately for men, women do.  That’s why men are always apologizing.
Key #10
SPEAK PLAINLY–Remind him often that you just need to be heard, you are not looking for a solution. Tell him that at the beginning of the discussion so that he can switch off his “problem-solving” mode. This may need to be repeated frequently during each discussion for years on end.  His desire is to show his love for you by solving your problems.  He doesn’t know that women process information, emotions, and draw intimacy through verbal communication (in fact it sounds silly to me even writing it).  Hence he doesn’t understand that by just listening, he is solving your problems and showing he loves you.
by Rick Johnson
Posted by Martha's Singles at 1:09 PM No comments:


5 Dating Habits To Keep In Your Relationship

1. Flirting. If I could give every couple one piece of advice for keeping a relationship fun and romantic, it would be this: never stop flirting. Tease each other. Leave each other random love notes. Send each other suggestive texts. Play footsie under the table. If your partner looks particularly cute or sexy, tell them! Flirting will make your relationship feel playful and let your partner know that you don’t take them for granted. 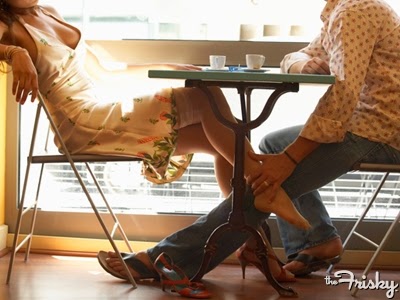 2. Getting dressed up for dates. It’s nice to be in a secure relationship where you don’t feel the pressure to look perfect all the time, but that doesn’t mean you should put your sexy dresses and heels in storage forever. Make a point of getting ready for couple time every once in awhile: listen to music, paint your pout with red lipstick, and slip into an outfit that makes you feel totally fierce. Encourage your partner to dress up too, because no matter how long you’ve been together, showing off a hot date never gets old.
3. Going on dates in general. When you’ve been with someone for awhile, it’s easy to let fancy dinners and romantic outings fall by the wayside in favor of takeout and “Dr. Who” marathons (not that there’s anything wrong with that!). Try to have an official “date” at least once a month where you get all dolled up and spend some quality time together. If you prefer staying in or are on a budget, you can totally do a date night at home: light some candles, cook dinner together, make a romantic playlist–whatever it takes to make sure it feels like a special night.
4. Making out. I know some couples whose sex lives get better over the years and some whose sex lives have stalled out a bit, but a common thread in many long-term relationships is that simply making out — without the expectation of sex — tends to be a rare event. I think that’s a shame, because making out is awesome. Mix up your sexual routine by throwing in some steamy kissing sessions in the kitchen, on the couch, or in the back row at the movie theater.
5. Trying new things. People who date a lot tend to have more varied and active social lives, because they’re always out meeting new people or having random adventures with eager-to-please new partners. There’s no reason you can’t keep this going in a committed relationship. Think about the fun new things you might ask a first date to do with you–anything from taking a drawing class to meeting for cocktails at a hip new bar — and then invite your significant other to join you.
by Winona Dimeo-Ediger


Posted by Martha's Singles at 5:34 PM No comments:

Come out for the Biggest Workout Party You’ve Ever Seen! 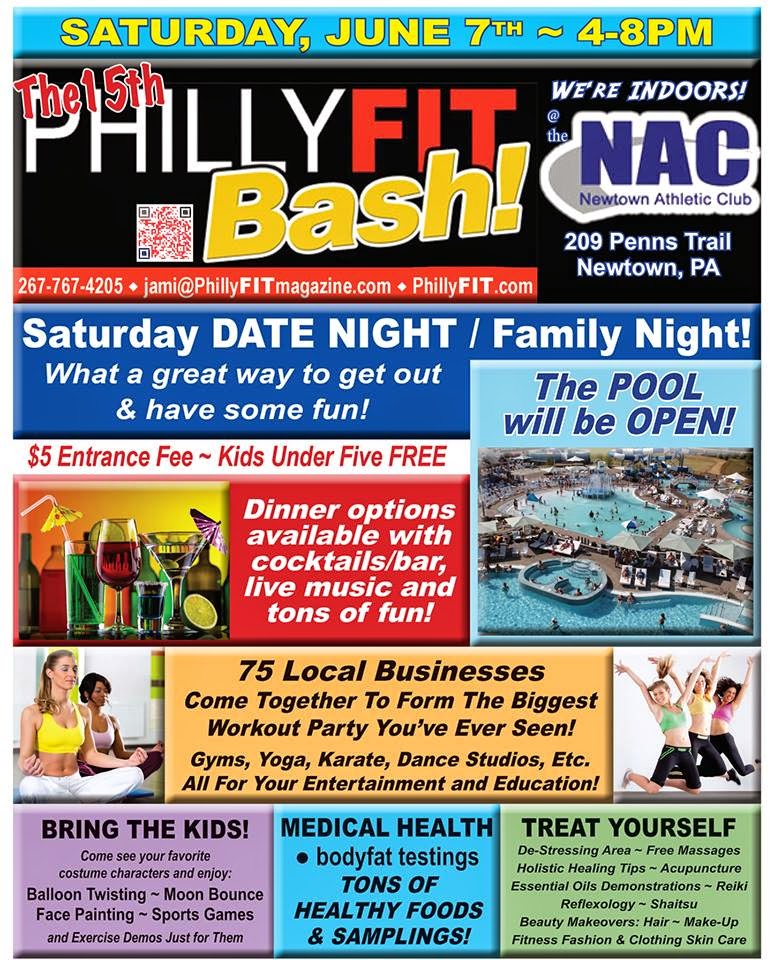 Posted by Martha's Singles at 10:01 PM No comments: